As you might expect from a band that has ‘fight’ in their name, Fightmilk’s EP begins with ominous-sounding guitars.

Formed in 2015, they released their first EP ‘The Curse of Fightmilk’ last summer. Their new one, ‘Pity Party’ has gotten much more shiny pop production, having spent a weekend at Dean Street Studio in Soho, where such famous names as Adele and Ed Sheeran have laid down their chart-topping hits. While some indie bands might lose a bit of impact in such a pop environment, the big drums, punchy guitars and a general clean sound don’t take away from the DIY energy of the average millennial’s struggle through life, thanks to the moaning vocals of frontwoman Lily Rae.

They’ve made good on their promise to “turn self-pity into an artform”. The album’s about adults who don’t really know how they got to that point, which truth be told is how most of us feel. This grown-up adolescence allows them to channel all the teenage angst while being maturely sarcastic about everything. With titles like ‘Pity Party’ and ‘Bank of Mum and Dad’ both wallowing in self-pity, it’s about how modern life for young adults isn’t easy, but it can be fun, especially if you can find some humour in between all the struggle. It’s summed up in this screamed-out line in Pity Party – “I just want to be a princess”. It’s a relatable feeling, and makes us want to share this self-pity-fest of sad bangers with our friends, which can only be a good thing.

They’re sitting on some more recordings from their marathon weekend in Dean Street, so we can expect more material from them in 2018. 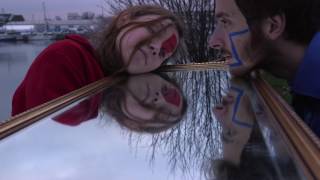